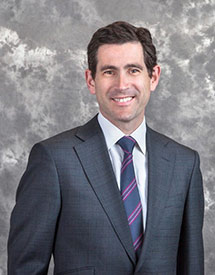 Dr. Gregg A. Jacob, DMD, FACS graduated Cum Laude from The Boston University Goldman School of Dental Medicine and then went on to complete is oral and maxillofacial surgery training at the Boston University Medical Center where he also served as Chief Resident. He began his professional career in 2004 in Summit, New Jersey where he held operating privileges at both Overlook and Morristown Memorial hospitals where he was one of the founding members of the Craniofacial Team. Most recently, he practiced in New York City and Long Island where he focused his practice on corrective jaw and craniofacial surgery. Dr. Jacob is an Assistant Clinical Professor of Surgery in the Department of Oral and Maxillofacial Surgery at the New York Presbyterian Hospital, Weill-Cornell Medical College where he has received the honor of Attending of the Year.

His areas of clinical expertise include Orthognathic and Craniofacial Corrective Jaw Surgery, Jaw Joint (TMJ) Surgery, Obstructive Sleep Apnea Corrective Surgery, and Cleft Surgery as well as complex Implant and Maxillofacial Reconstruction Surgery. Dr. Jacob has published papers and book chapters as well as lectured extensively both nationally and internationally in these areas.

Diplomate, American Board of Oral and Maxillofacial Surgery
Diplomate, National Dental Board of Anesthesia